Leons Travel Group recently constructed a new coach depot in Beaconside, Stafford, and wanted to secure the site to minimise the risk of theft and to control access for coaches and delivery vehicles. Although the company knew that sliding gates would be better than swing gates for the 12m wide main entrance, it was unsure of the exact specification. Karen Hall, the Project Manager, explains what happened next: Browsing the internet, we found the Procter Contracts website and realised that this was a large company with the right expertise. We contacted Procter and arranged for a representative to visit us. Following these initial discussions, we were invited to attend a seminar that Procter had organised in Birmingham, where we found out even more about sliding gates. We were then able to specify exactly what we needed.

Indeed, Karen Hall was so impressed with Procter Contracts that she decided to place the contract directly, rather than use the main contractors preferred supplier. When comparative quotes were obtained for the largely automated sliding gates, one was considerably higher and another, from a smaller local company, was slightly lower; but it was decided to go with Procter, which is an established company that operates nationwide.

The advantages of cantilevered sliding gates, in terms of higher reliability and ease of installation, persuaded Leons Coaches to specify these for the main entrance, with high-security 358 mesh infill to match the perimeter fencing. The largely automated sliding gates are operated via key fobs that the coach drivers have, whereas the swing gates have keypads and an intercom. Both sets of automated gates are equipped with all necessary safety measures to comply with current legislation and guidance from the HSE (Health and Safety Executive), including pressure-sensitive safe edges and optical sensors. In the event of an object being detected while the gates are in motion, the gates stop and reverse for two seconds to clear the obstruction. After installation and commissioning, the gates were CE marked in accordance with the European Machinery Directive 2006/42/EC, which is a legal requirement for powered gates.

Because Procter Contracts designs and manufactures its own gates, any level of customisation can be undertaken. Leons Travel Group specified a standard Pro-Glide Series 20 design with a burgundy polyester powder-coated finish to match the companys branding, coaches and details on the new building. The fencing, fence posts and other entrance gates were also finished in the same colour, which provides a very attractive appearance for visitors approaching the site. When Karen Hall was browsing the Procter Contracts website she saw photographs of entrance gates branded with logos and colours; these have feature panels on the leading edges of the gate leaves into which the organisations name or logo is laser cut and infilled with a contrasting colour. She liked this so much that she added it to the specification so that each gate leaf features Leons in a striking shade of yellow and in the same font as used for the company branding.

One of the unusual aspects of the Procter Contracts design is that the gates are fully assembled and tested at the factory, then loaded onto a lorry. Groundworks are completed in advance of the gate arriving on site, so the lorry-mounted crane simply lifts the gate directly into position. After this it is quick and easy to make the electrical connections for the power and automation controls, then commission the gates and carry out the necessary safety tests such as ensuring the maximum allowable force is not exceeded in the event of the gate being obstructed. In fact, the on-site installation, commissioning and testing process is completed in one working day, which minimises disruption and helps to keep costs down. For the Leons project, the installers liaised with the main contractor on the site and scheduled the work to avoid disrupting the building works. A short video of the installation of the sliding gates is available.

Karen Hall is very pleased with the way the installation went, the service provided by Procter and the finished fencing and gates. She comments: This company exceeded our expectations in every respect. Right from the moment, we made our initial enquiry, everyone has been highly professional and extremely helpful; nothing has ever been too much for them. We have been using the gates for several months and they are excellent. We definitely made the right choice with cantilevered gates, despite what some other gate companies were trying to tell us, and we are really pleased with the appearance of the gates and fencing. Although the colour is quite dark and the mesh size small, there is still very good visibility through the gates and fencing.

I would definitely recommend Procter Sliding Gates and Procter Fencing Systems, and while the main contractor originally wanted to use another supplier, they were so impressed with Procter that they told me they would be asking the company to quote for projects in the future. 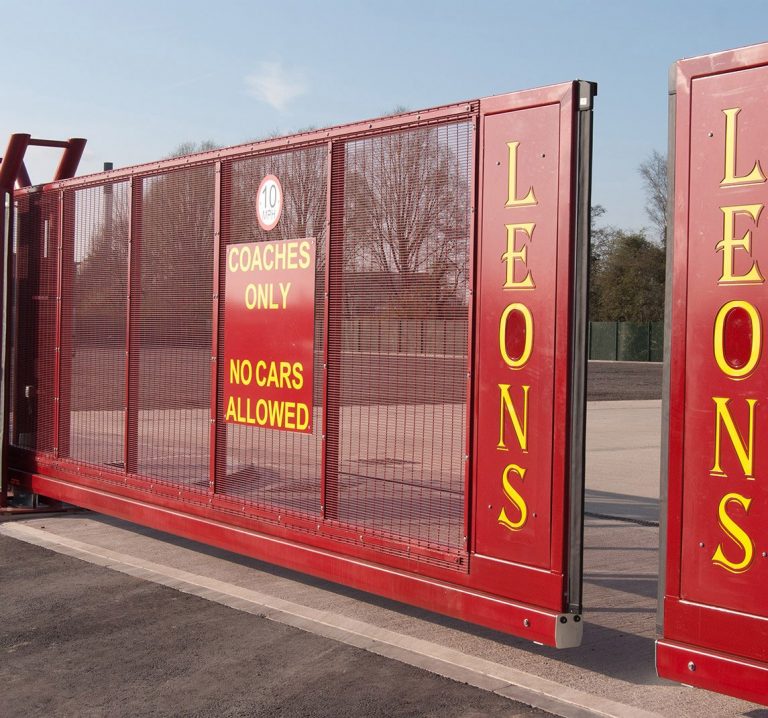 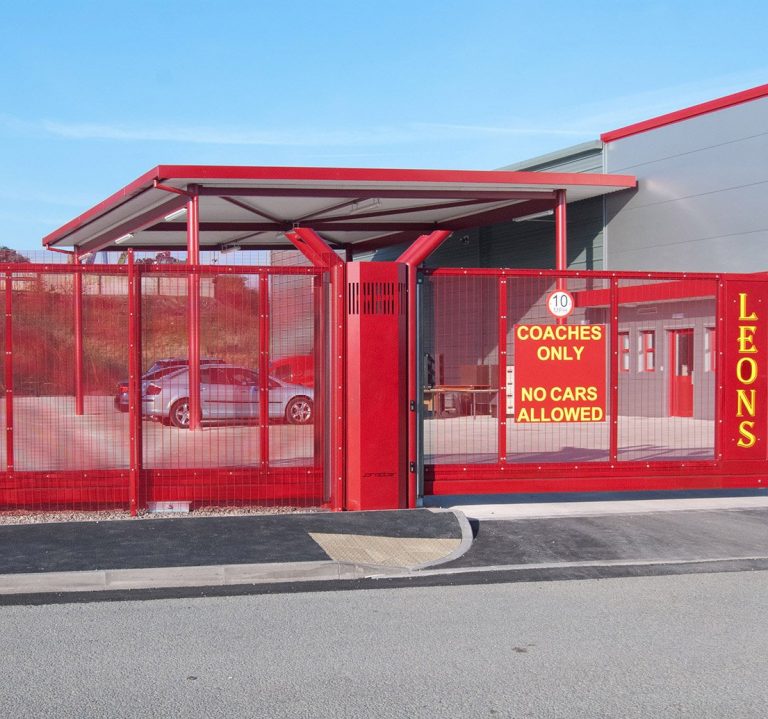 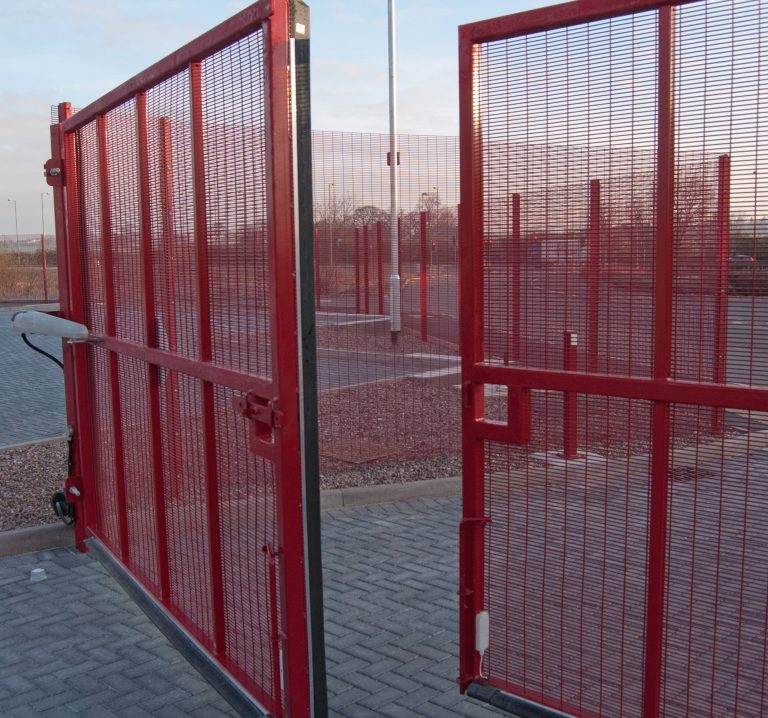 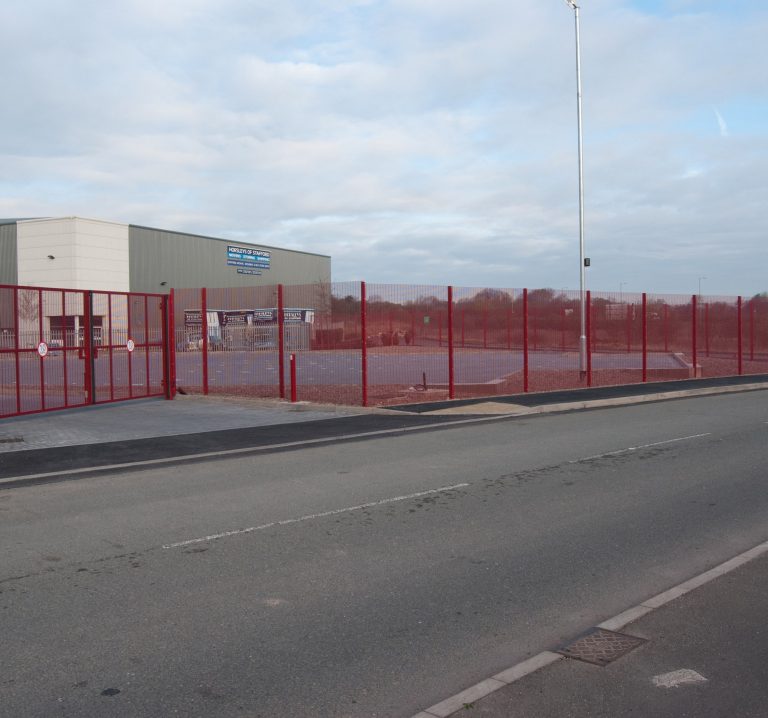 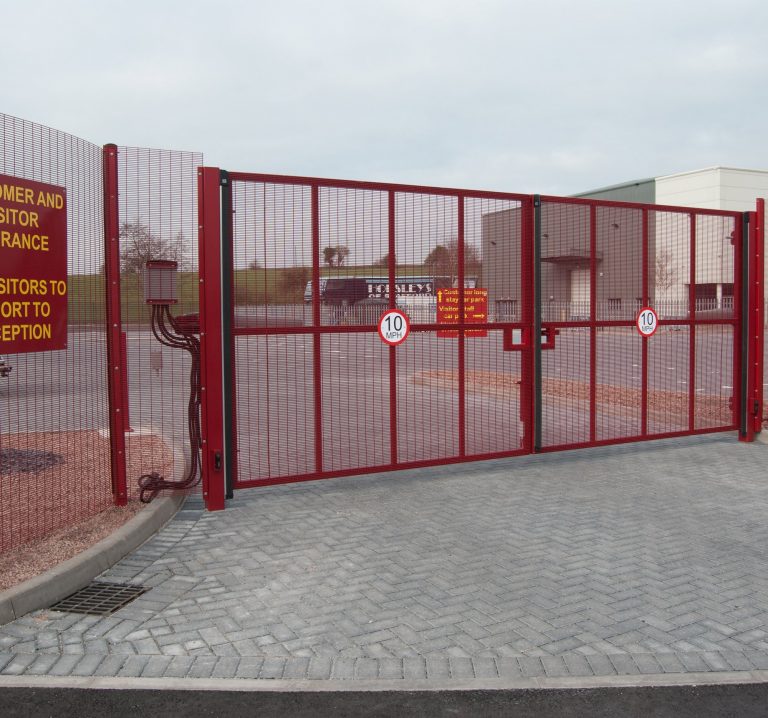